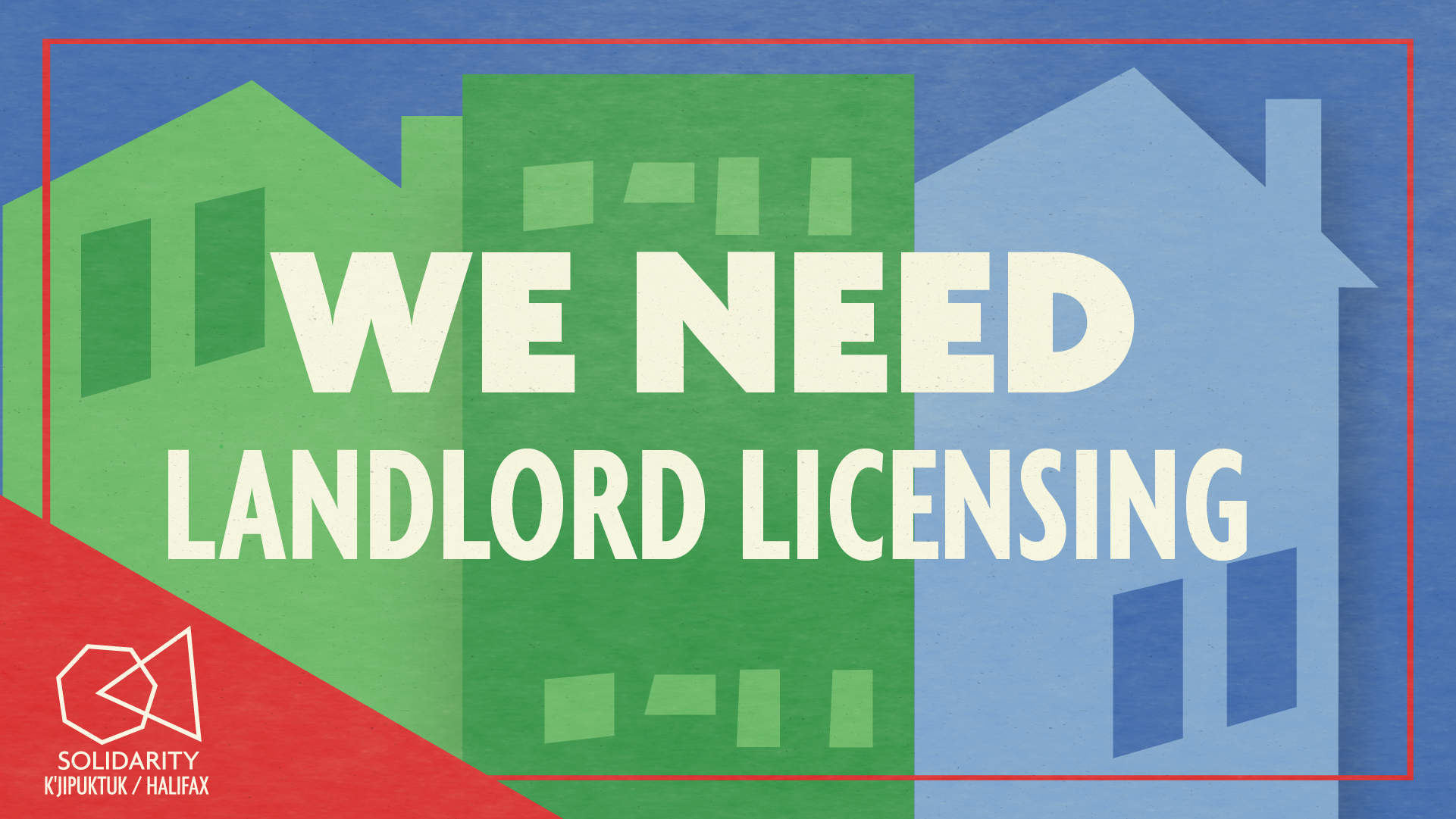 What is landlord licensing?

Landlord licensing is a system under which landlords are required to apply for a license to rent residential properties to tenants. It aims to prevent landlords forcing tenants to live in unsafe and otherwise unacceptable conditions. It is not just a registry; a landlord registry ensures that landlords are known and can be found, while licensing ensures that the registry carries with it the threat of action against landlords that fail to comply with the licensing requirements. A registry paired with a complaints line is also not the same as landlord licensing, as licensing inherently includes the active and realistic threat of license revocation.

Landlord licensing is not a means to create affordable or non-commodified housing. As such, even staying within the capitalist framework that it attempts to reform, it can only ever be implemented as a part of a larger system of policy.

The Residential Tenancies Program is insufficient and often even counterproductive to resolving issues that tenants face with unacceptable housing conditions. The tenant must be aware of the complaints process, have no fear of illegal (but largely unprovable) retaliation, file the complaint successfully after meeting the required prerequisite efforts to resolve the issue on their own, argue their case in a hearing against a likely far superior legal team to a board with a widely known landlord-favouring bias, and somehow emerge with a successful order to provide them with the conditions they should have been guaranteed in the first place.

Housing data collected in the 2016 Canadian Census shows that 1 in 10 rented houses and apartments in Nova Scotia require some kind of major repair, defined as “critical repairs to electrical, heating or water systems, or to structures such as walls, floors, ceilings; or needs major replacements such as a new roof, or new external siding.” This percentage does not include renters living with other common unsafe or unclean conditions, such as mould, bedbugs, rodents and other pests, insufficient or non-existent locking outside doors, or poor fire safety. In an ACORN survey of Halifax members with low to moderate income rental housing, 87.5% reported property standards law violations in their unit.

How can landlord licensing be implemented?

Although there are many implementations of what claim to be effective landlord licensing, few carry the threat of revocation required to be a true licensing policy. For example, Toronto’s RentSafeTO program is often cited as an example of landlord licensing, but still operates on a system of tenant complaints and requests that lead to potential fines; the only de facto purpose that the license serves is as a registry. The UK, by contrast, has a variety of locally implemented landlord licensing systems that often carry the threat of revocation. However, because these localised policies rarely contain the legal framework for the process and consequences of revoking licenses, even they can fall flat.

Landlord licensing in Nova Scotia would be most effective if enacted at the provincial level, rather than through a patchwork of municipal regulations. One way this could be done is through an amendment to the Residential Tenancies Act to require residential rental property owners to purchase a license that mandates license owners to submit their rental units to regular annual inspections. Failure to comply or meet licensing standards must be enforced with steep fines and the concrete threat of license revocation.

Where does the money come from?

It is often argued that landlord licensing is an indirect additional fee against tenants, as landlords must raise rent to pay for the license. Nothing could be further from the truth: in November of 2020, CAPREIT—a major landlord for apartments across Canada—announced that its income after operating expenses for Q1 through Q3 was over double its debt, with over four hundred million dollars in net profit (before tax and interest). This is the money that must pay for landlord licensing, enforced with a well-rounded housing policy that directly addresses rent prices and increases. This is why landlord licensing must always be paired with strong rent control.

Does Landlord Licensing solve the problem?

The fundamental issue at the root of the housing crisis is the commodification and capitalist control of rental housing—and housing in general. Even the best reforms to capitalism cannot change the primary nature of the system, and may even be reversed or watered down over time as the capitalist class influences its regulation.

However, landlord licensing is still a worthwhile goal for an anti-capitalist tenants’ rights movement. When combined with rent control and other measures, it serves to improve conditions for working class tenants, allowing for more freedom and creating greater organizational infrastructure from which to push for a fully anti-capitalist solution.